← Can You Ever Stop Promoting?
A Small World That’s Getting Smaller →

Give your ‘best’ self to every client & every connection-no exceptions.

Where I grew up, the three meals of the day are Breakfast, Dinner and Supper. So, when our parents announced we would be having company over for ‘Sunday Dinner’, my brothers and I knew if we pulled together and did what extra chores were needed, we were in for a heck of a meal.

The ‘company’ good plates and silverware came out. The dining room table was extended. The ‘special napkins’ were in order (the real cloth ones we had to learn to fold a certain way). The same for the ‘special glasses’ that had to be hand washed. A flurry of activity erupted as in a Disney fantasy movie while great smells from the kitchen wafted throughout the farmhouse.

We were, essentially, ‘putting out our best’ for our guests, a time-honored tradition of showing those visiting just how much we appreciate them. We were expected to wear nicer clothes, to be nice to our guests’ kids, (even if we didn’t know them or particularly like them) and we knew one of us would be expected to say the prayer, loud and clear, while the other two boys tried to kick us under the table.

But the one admonition that stayed with all of us for the rest of our lives was this one from Mom:  “Don’t touch the Guest Towels”, which meant, by the way, if we needed to wash our hands, we needed to go to the upstairs bathroom for that.  To this day, I still tease my wife when we are getting ready to entertain in our home by asking her if we are going to put out the Guest Towels.

Something happened the other day I wanted to share with you. I had just arrived at a networking breakfast and was working my way through the group when I happened upon a young man who stopped and introduced himself. I did my usual quick interrogation that we teach in the Link System Networking Course and learned about him as I waited for him to also show some interest in what it is I do, which wasn’t forthcoming.  I opted then to ask for his business card and he smiled apologetically, reached into his wallet and pulled out what he described as ‘the very last business card he had’, explaining that he had just given away all his ‘good’ cards before we met.

I looked at the card. It was dog-eared and bent. The finish had been worn down over time and smelled of leather. It was so old, in fact, that the ink had started to fade. He apologized, of course, in what seemed to me to be a half-hearted attempt to seek my forgiveness and a hope I would not take offense at being handed something less than perfect from him as a first impression.

But, I was offended. I didn’t tell him that, but here is how I felt during that exchange:

You really think it is ok to hand me something representing you that is less than the best you offer.  What does that say about you? What does that suggest about my decision to want to recommend you to anyone else?

He also made the assumption that giving me something of less quality than what he had given to others was forgivable. I have to tell you that it is not.

Use the Guest Towels every day!

You’re working too hard on every other aspect of your business and career. Can you live with showing up for things less than ready and prepared to present your best effort?

© 2017  Dave Ribble, Author
The Way of The Conscientious Connector

Innovative Thinkers are mostly low profile people. Sure, we hear about Da Vinci and Edison and the rest as remarkable innovators, but I have to tell you: there are a ton more very creative folks out there that quietly come up with new, creative ways to handle something. Look for them; they’re the ones who don’t look the part. Innovative Thinking is available to all of us. Even you and me. 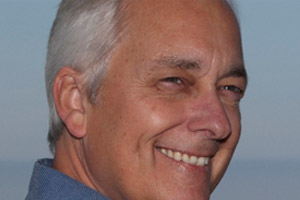 Dave and his wife/partner, Gaye Kruger, have provided creative, innovative strategies and promotional support to hundreds of companies, large and small. From trade shows and special events to promotional branding, from incentive programs and performance-based employee recognition to designing and producing collateral materials, their experience and depth of resources provides many ways they can help most businesses. Put 25 years of experience to work for you, today, to help you extend your brand and drive more traffic.